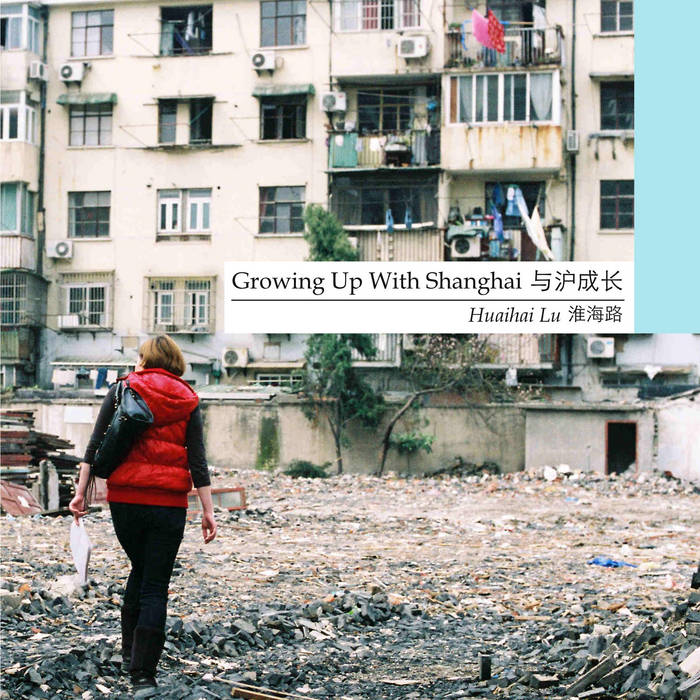 Translations and photos for this soundwalk can be found on our Issuu:
issuu.com/bivouacrecording/docs/guws-_huaihai_lu_web-reduced

Recorded February 22, 2010 at 9:18 a.m.
Mandy had lived in a small house on Huai Hai Lu her entire life until November 2009 when her house was demolished. Mandy had contacted me after hearing about the Growing Up With Shanghai project on TV and thought it would be interesting to document her memories in the area around her now demolished home. She had mentioned her Grandfather was very knowledgeable about the history of this area of Huai Hai Lu but he was unavailable for the walk- there only in spirit by some scribbled notes on a folded piece of paper.

Mandy was a bit nervous in the beginning, relying mostly on her notes to guide her dialog. However, when we finally reached her old house she became more candid, emotional, and spontaneous. Walking down the narrow alleyway that was the entrance to her old neighborhood, it seemed as if we walked into another world. Just beyond the flashy street facades, lay a wasteland of demolished and half-demolished buildings. The few that were left standing still had residents.

This is a great document of pre-Expo Shanghai and the changes that were happening to the city we saw and the parts of the city we didn’t. It has been one year since the recording and nothing still has been built on the site. Mandy and her family have since moved into a residence further down on Huai Hai Lu.

One thing I found interesting about her transcript was that she would mostly refer to a location by its previous name and not what was there now.