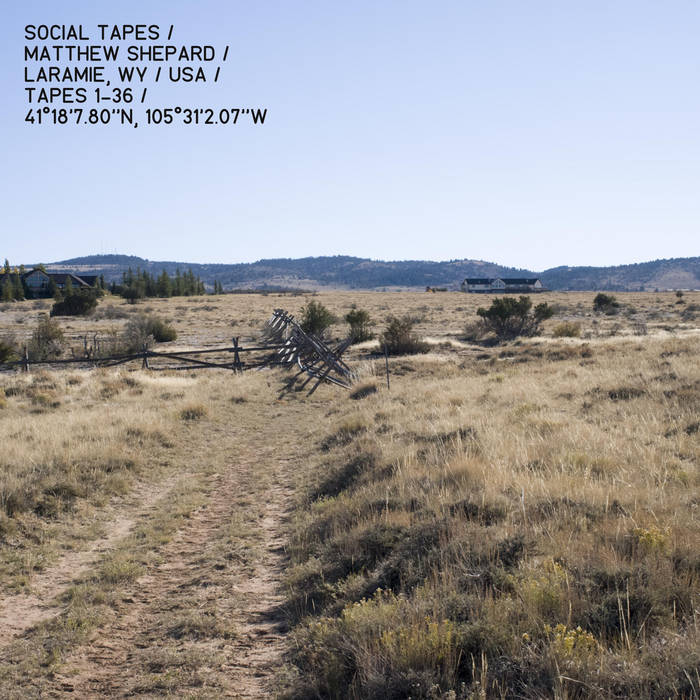 In 2011 I was fortunate enough to be involved in the production of "Matt Shepard Is A Friend Of Mine", directed by my friend Michele Josue, who also was Matt's good friend. I felt I would finally see and hear first-hand what went on those days as well as know more about Matt through his friends and parents. One thing that moved me, and many others, was a passage of Dennis Shepard's courtroom speech:

"By the end of the beating, his body was just trying to survive. You left him out there by himself, but he wasn’t alone. There were his lifelong friends with him – friends that he had grown up with. You’re probably wondering who these friends were. First he had the beautiful night sky with the same stars and moon that we used to look at through a telescope. Then, he had the daylight and the sun to shine on him one more time- one more cool, wonderful autumn day in Wyoming. His last day alive in Wyoming. His last day alive in the state that he always proudly called home. And through it all he was breathing in for the last time the smell of Wyoming sagebrush and the scent of pine trees from the snowy range. He heard the wind- the ever-present Wyoming wind- for the last time. He had one more friend with him. One he grew to know through his time in Sunday school and as an acolyte at St. Mark’s in Casper as well as through his visits to St. Matthew’s in Laramie. He had God.

For me, this was an amazingly precise description of the land where I was standing for the first time and that Matt had known his whole life. One night we were on the land shooting the stars and I knew that I needed this document. This was the one way I would translate all that I had learned, experienced, and felt so far about Matt into an audio recording. It was the most basic and complete expression of emotion that I could produce.

5 years later, on October 7, 2016- the 18 anniversary of his death- I went back to the location where he was found and recorded Matt's last day in Wyoming. It was exactly as Dennis had described, albeit many times colder. I saw the stars and the sun rise behind where he lay; I felt the cold October, Wyoming wind pass right through to my bones; I rubbed the sagebrush in my hands to smell its bitter scent; I saw the sun set right before his eyes. It was a beautiful story. I belonged where I was. To feel this, was to feel Matt.

To read more and see production photos about this recording please visit the project website: